Putting on a brave face! Young Muslim boys take a dip in a river and joke around before taking part in a mass circumcision ceremony in Malaysia

For many young boys the idea of being circumcised would be a daunting prospect. 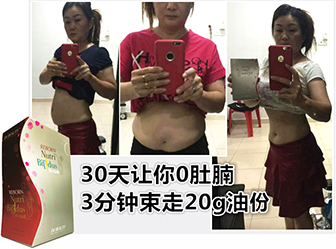 But Muslim youngsters in Malaysia looked completely at ease as they danced around and took a dip in a river prior to an annual mass circumcision event this weekend.

Rather than something to fear, the ceremonies are seen as a rite of passage for the boys, aged between five and 12 years old.

Pictured: A young Muslim boy lies on a table while he is prepared for his circumcision operation near Kuala Lumpur, Malaysia

Pictured: Muslim boys take a dip in a river before mass circumcision ceremonies in Malaysia

Pictured: The figure of a father is seen through a frosted glass window as he comforts his son during a circumcision ceremony

The circumcision, which involves the removal of the foreskin from the penis, is regarded as the boys starting their journey into adulthood.

An operation is carried out using laser surgery while the youngsters are kept under anesthetic.

While Malaysia is a multicultural country, 60 percent of its 68 million population are Muslims and Islam is recognised as the nation’s official religion.

Muslims are the largest religious group to circumcise boys, a procedure that is also known as the Tahara which means ‘purification’.

They remove the foreskin as they believe it will make it easier to keep themselves clean, due to urine being trapped underneath it after going to the toilet.

Islamic custom demands Muslims are clean when they pray, which means that no urine can be left on the body.

Pictured: Young Muslim boys play with each other before they undergo surgery in Malaysia

Pictured: Young boys are sprayed with water to clean prior to their operations, in Malaysia

The lads are shown to dance around as they are sprayed with water, before the ceremonies begin.

It is believed they are sprayed in order to clean themselves before their surgery.

While many of the boys appear to be confident, one picture shows a father comforting his anxious son as he waits to have his operation.